Condition/Notes : Good. The watercolour study heightened with white gouache is in good condition with good colour; there are a few light foxing spots in places (see images below) and a lot of dusting spots on the glazing interior which can be easily removed when opening the frame. Traces of original pencil sketch can be seen in places especially around rigging. There is also a small piece of loose detritus (3mm long) probably detached from the edge of the frame separator slip which can also be removed on opening the frame.

The study depicts a dramatic view of the battleship Kashima flying the Imperial Japanese Navy's flag. Another battleship is astern and a sailing ship to starboard. The battleship was built by Armstrong Whitworth's Elswick (Tyneside) shipyard, launched 22 March 1905 by Sir W.G. Armstrong and completed 23 May 1906; she was the second of the two Katori class battleships built for the IJN and the last to be built by British shipyards. Following service, she escorted battleship Katori carrying Crown Prince Hirohito from Yokohama to Portsmouth for a European Tour, then returned to Japan where she was disarmed in April 1922 and scrapped in Nagasaki in 1924.

The painting is signed in the lower lh corner "Charles J. DeLacy 1906" in the artist's usual style.

Displayed within a heavy polished cherry wood veneered frame which is in sturdy condition but with chips to the corners and scuffing to the edges; 7mm faded gilt slip  between the glazing and the painting which has effectively prevented any moisture damage to the painting. As mentioned above, dusting spots to the inside of the glazing which can be removed on opening or reframing. Heavy-duty cardboard backing board secured to the 65mm wide frame moulding with old rusty nails; remnants of the original dust-sheet gummed to the frame but torn in places. Auction-house label attached top lh corner with ref number and detail : "Charles De Lacy Provenance : ex. Swan Hunter Offices". Another old Christie's auction house label attached to backing board "Christie's 9492 and bar code 1275 5868". Original screw-eyes with hanging chain attached which has been taped to the backing board to hold in place. New hanging cord also attached to the rings.

An interesting historical maritime work by this well-known listed maritime artist and book illustrator, benefitting from the artist's signature and date. He was frequently commissioned by shipbuilder W.G. Armstrong Whitworth and other companies to record the Naval ships built by the Elswick yard and these were displayed in the company's offices.

Please view the images below : 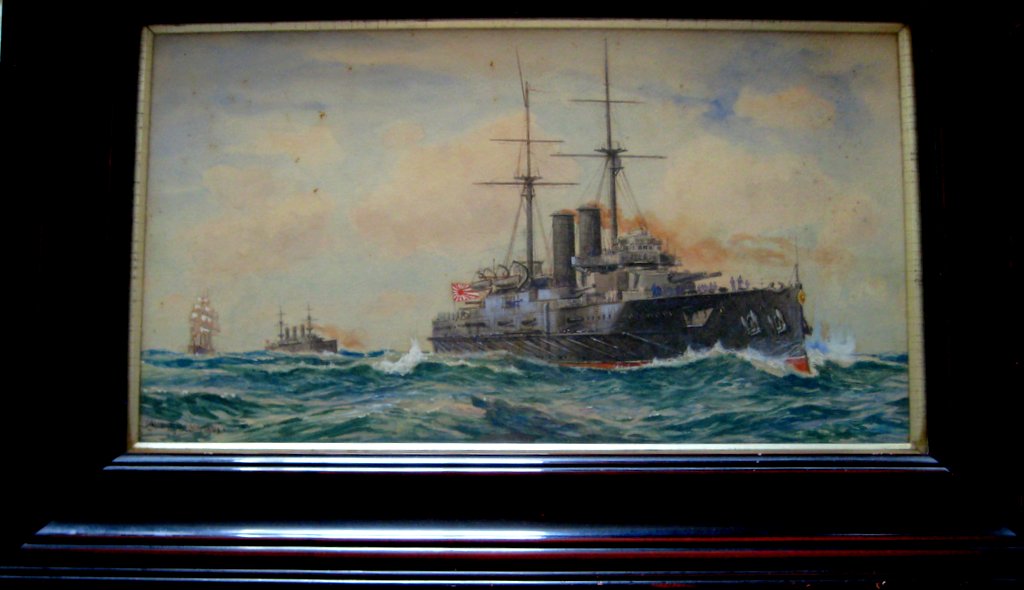 Marking upper lh quarter is not foxing but dust spots on inside of glazing.

Marking on inside of glazing not on painting. 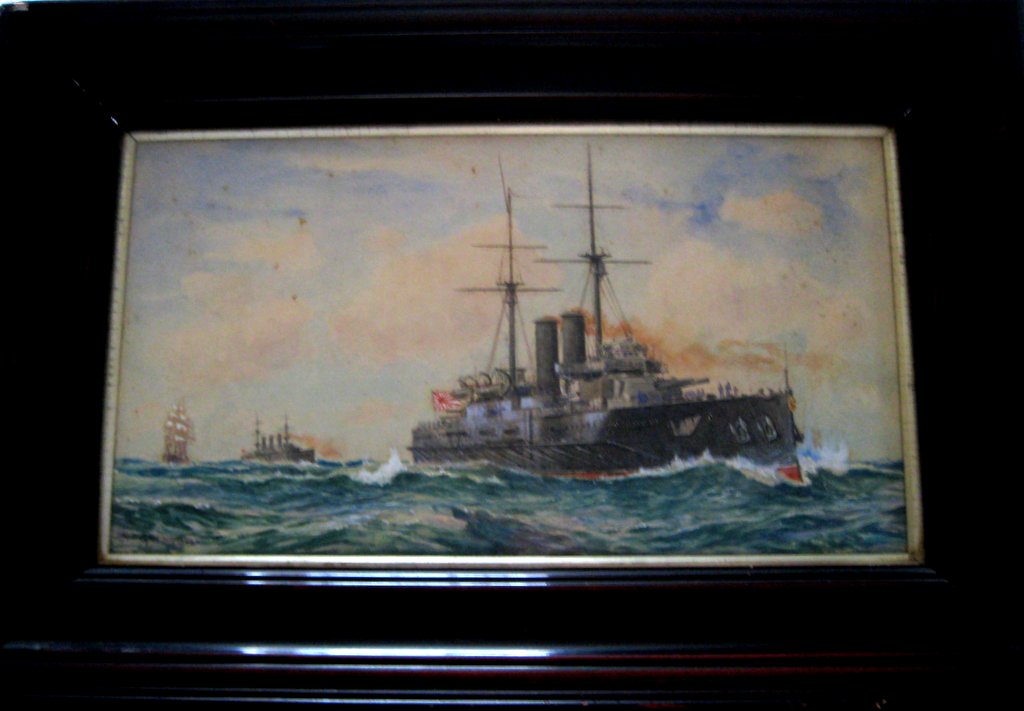 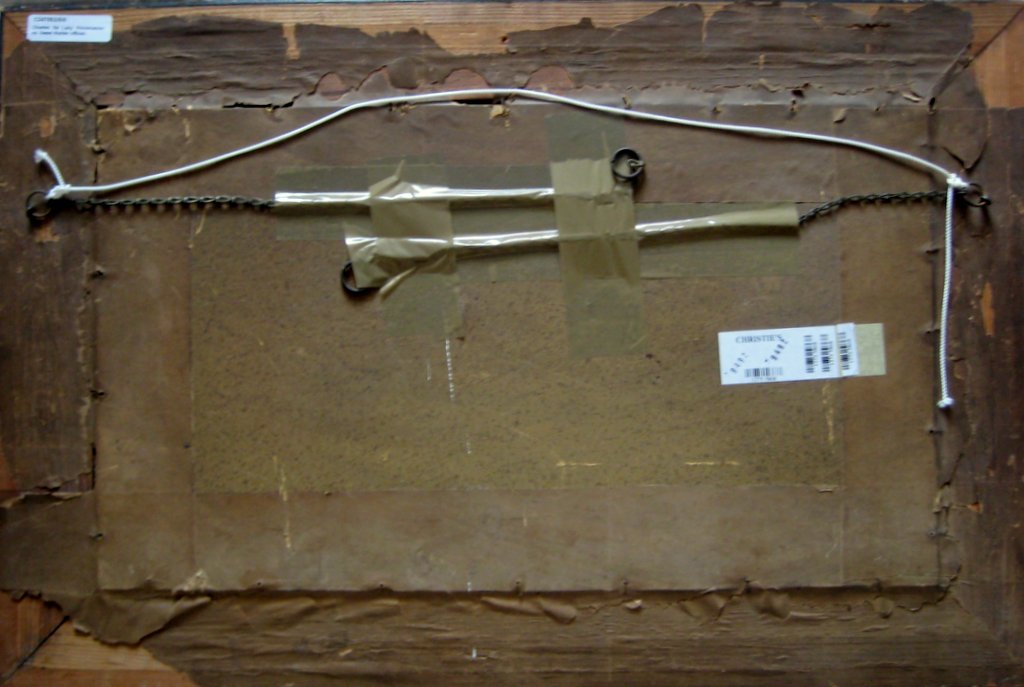 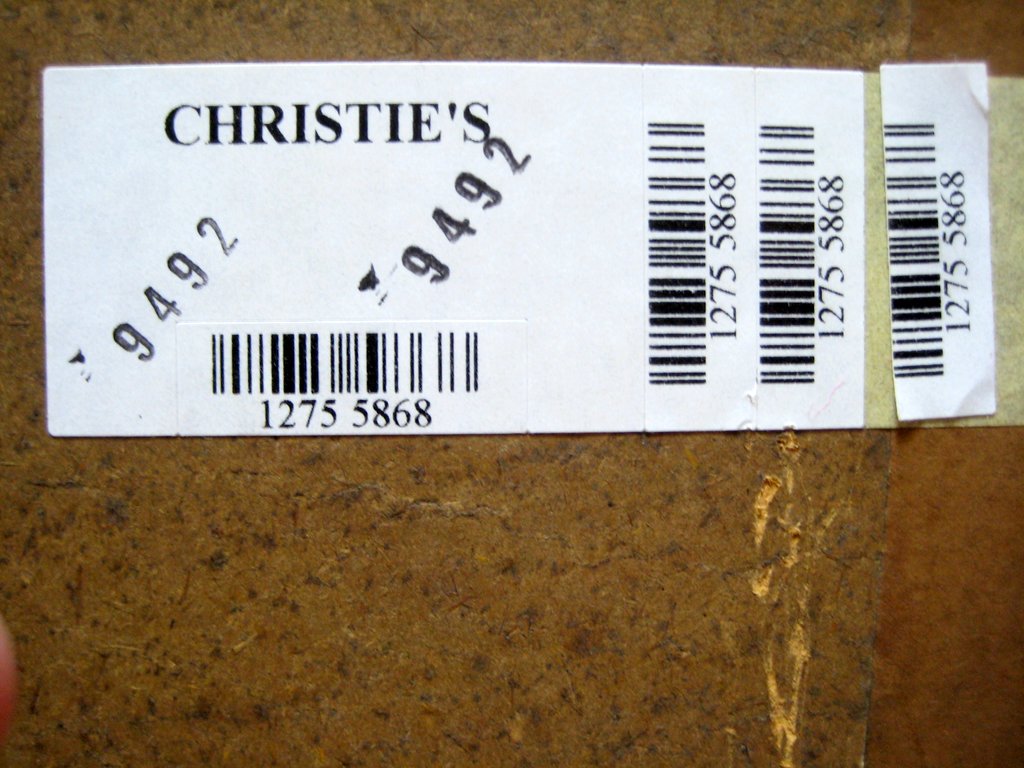 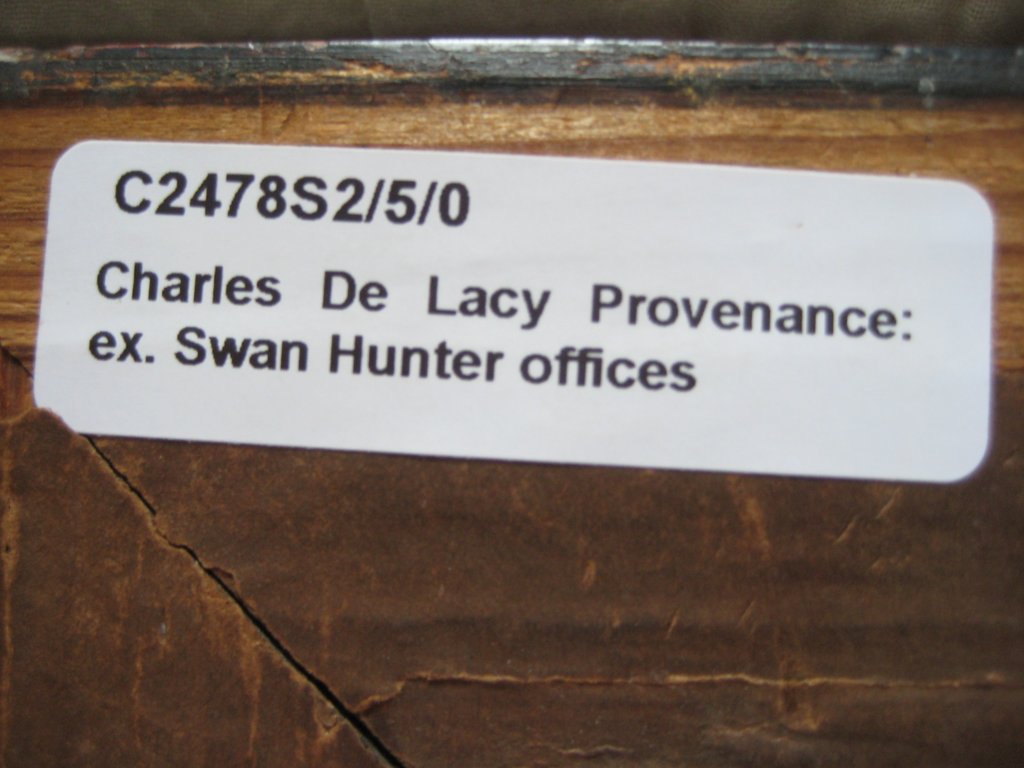 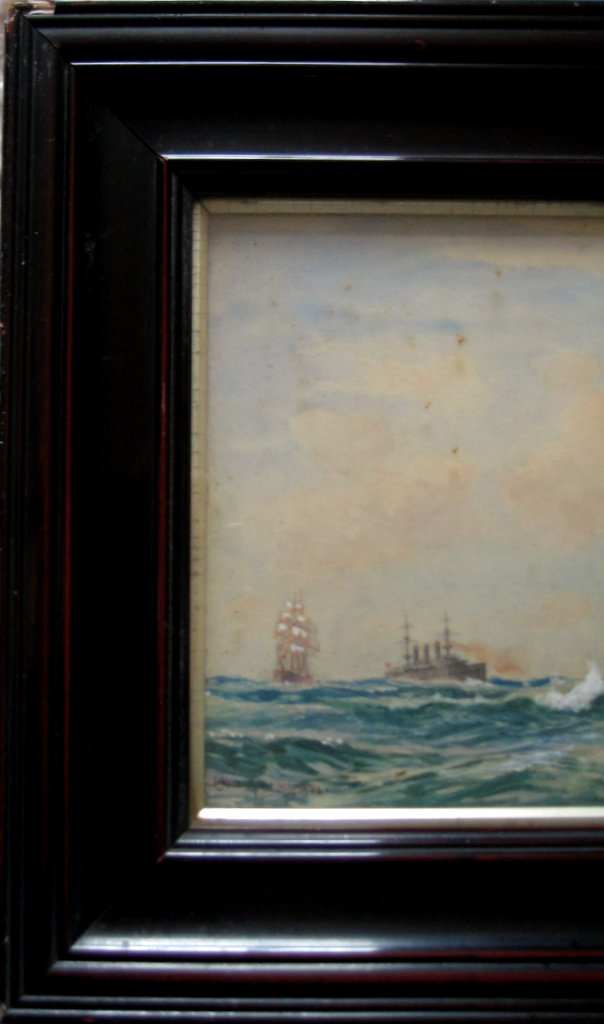 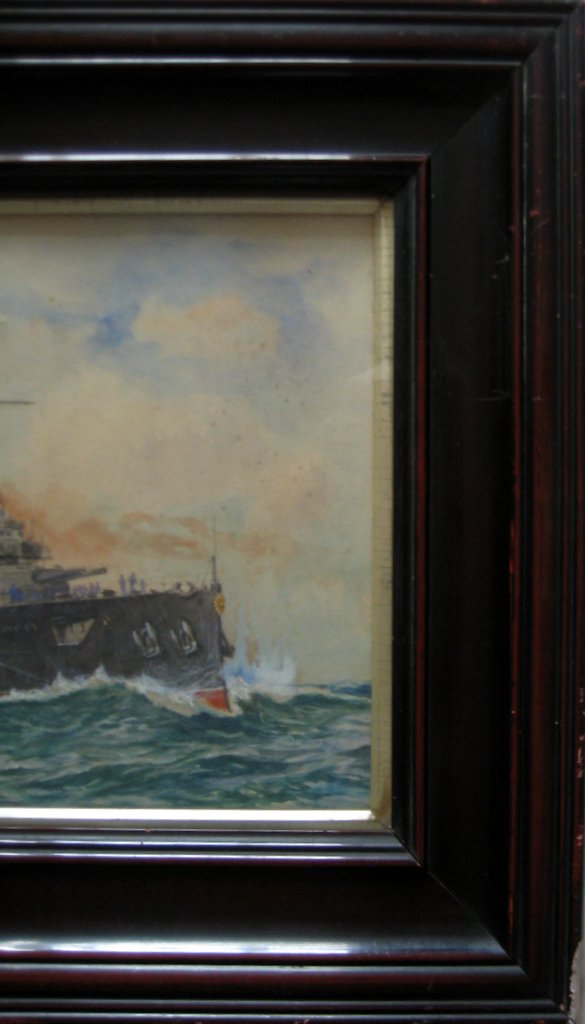 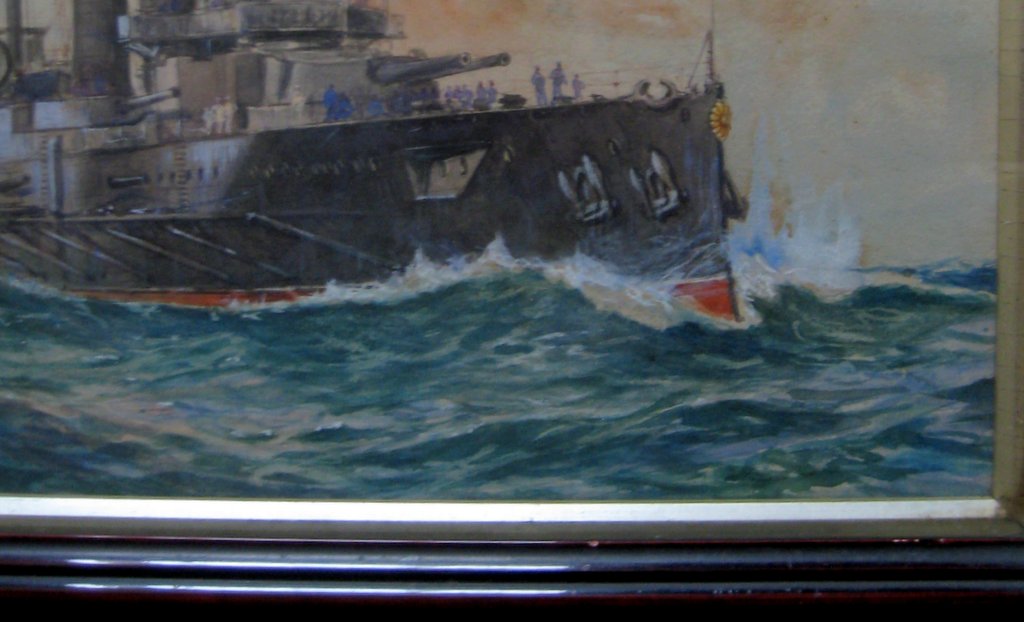 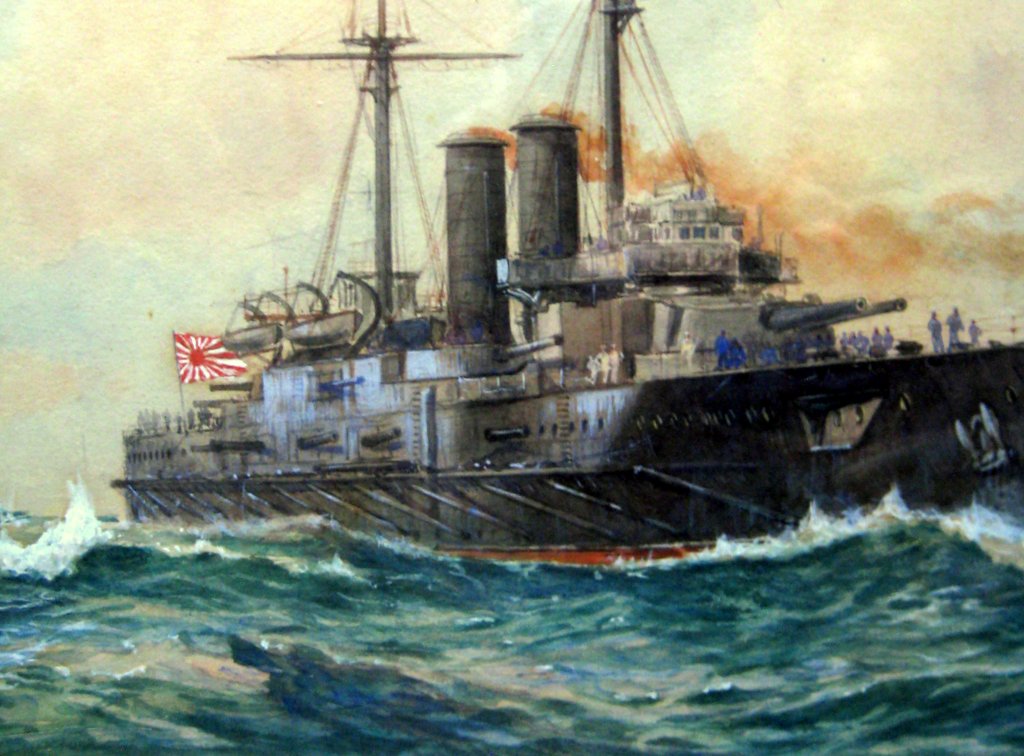 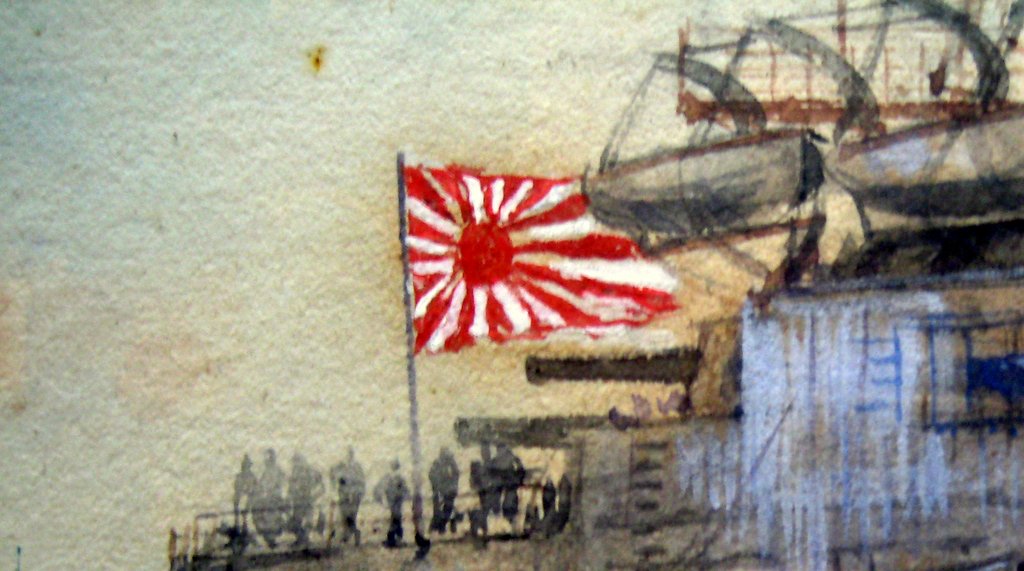 Spots on inside of glazing not on painting. 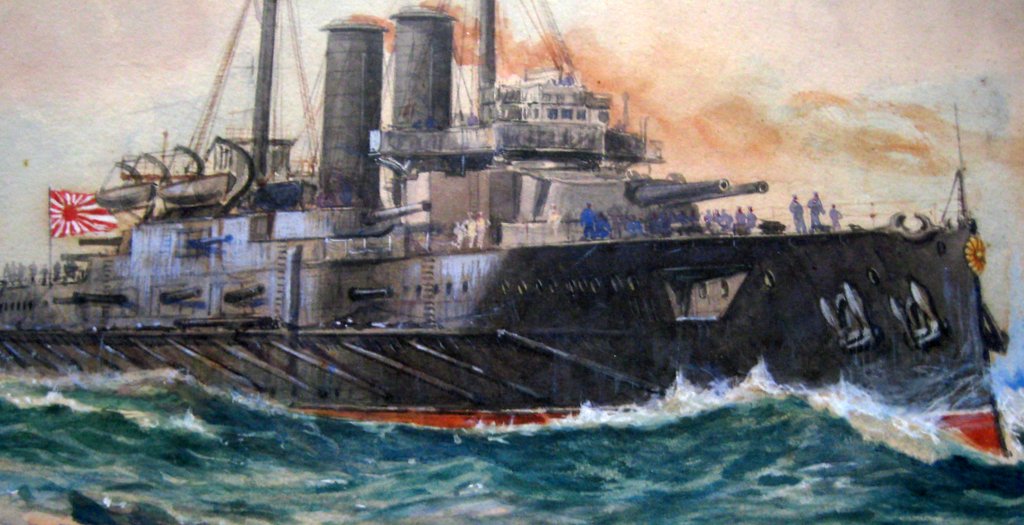 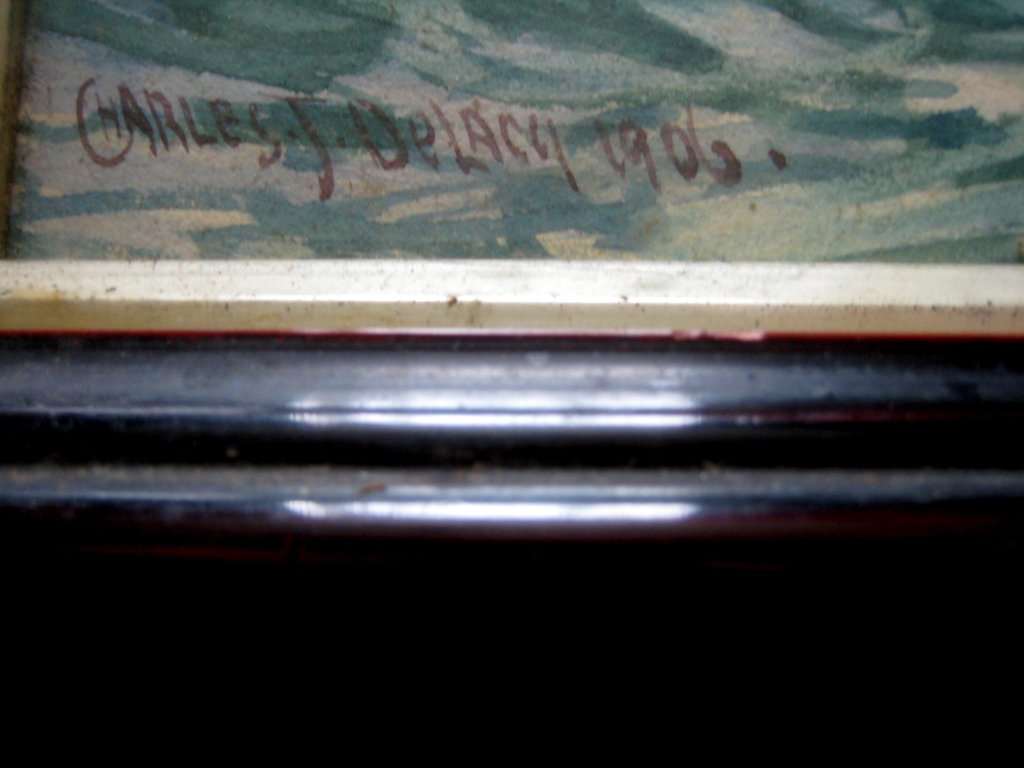 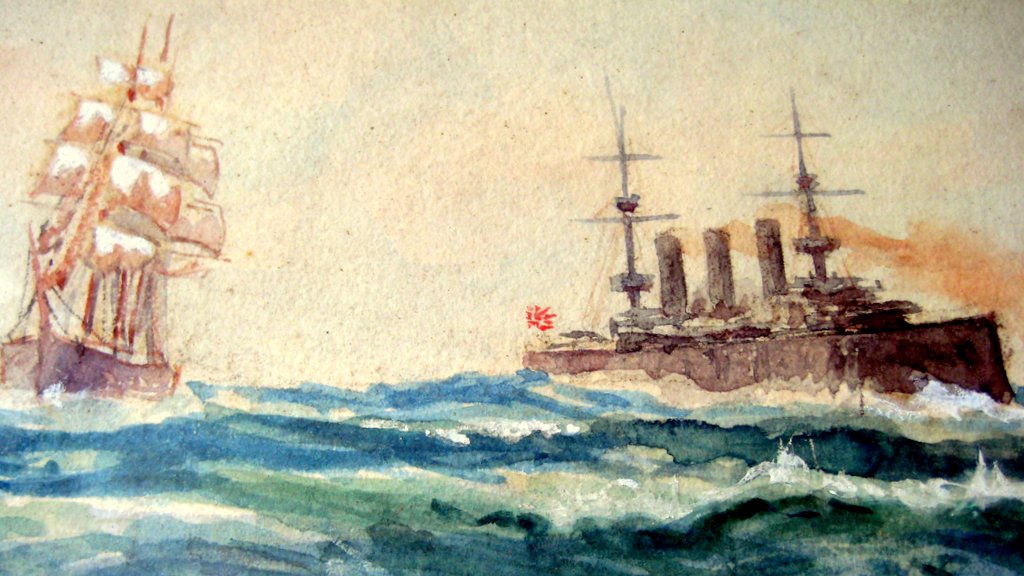 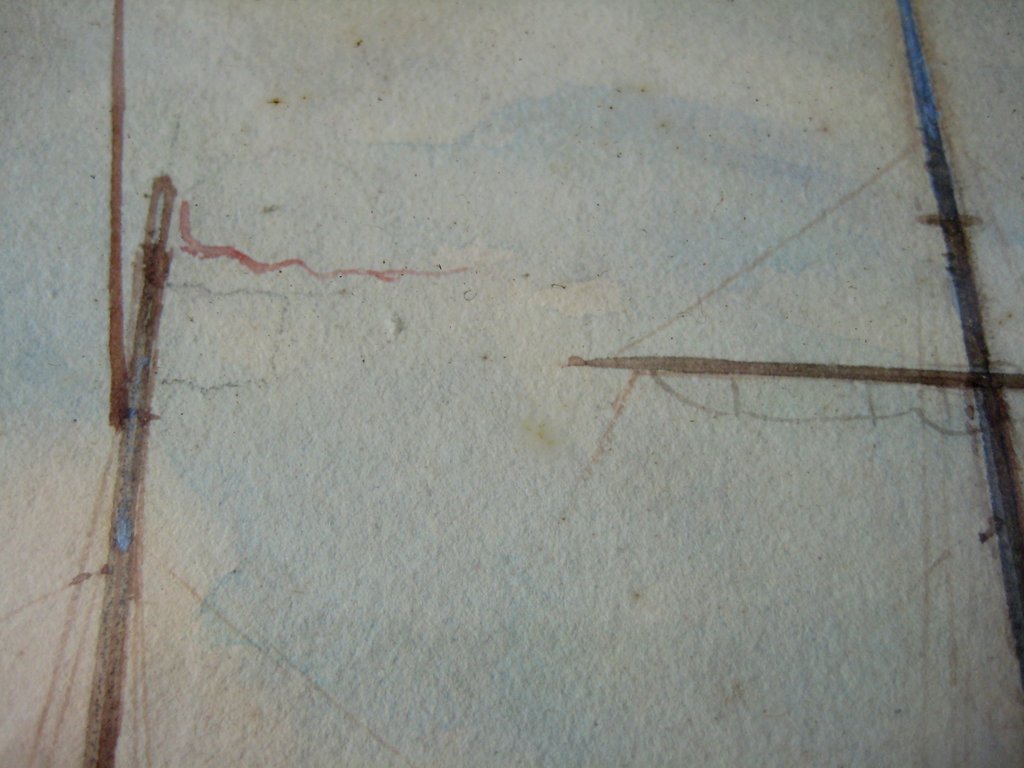 Recommend this to a friend  + 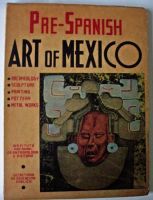 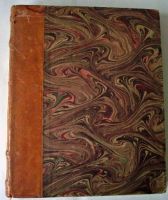 Paintings and Books at Ranchi Art and Books 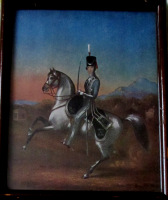 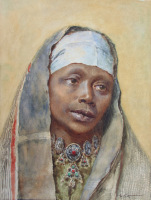 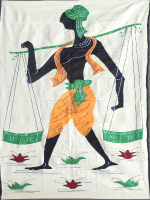 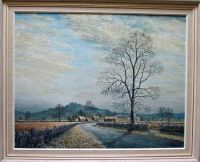 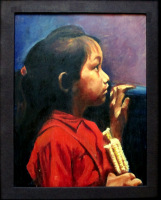 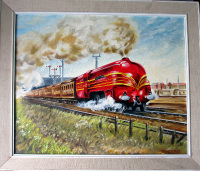